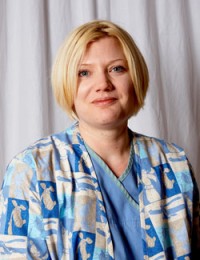 Angela is originally from British Columbia and moved to the Annapolis Valley in the fall of 2004 with her husband and band of pets. She has worked in the Vet industry for the past 9 years and joined AAH shortly after her arrival in Nova Scotia. In her spare time Angela enjoys spending time with family and friends.