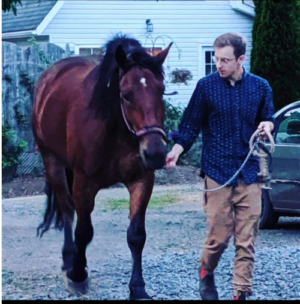 Conor is originally from Guelph Ontario but moved to Nova Scotia in 2005.  Conor worked with the Nova Scotia and P.E.I. Springer Spaniel Club for a number of years. He also competed in the Prince Philip Games on horse back while he was in the Nova Scotia Pony Club. After graduating high school he went to the Maritime Business College to study to become a veterinary assistant. He lives on a small hobby farm where he has helped look after horses, cows, pigs, goats, chickens, ducks, turkeys, and pheasants.